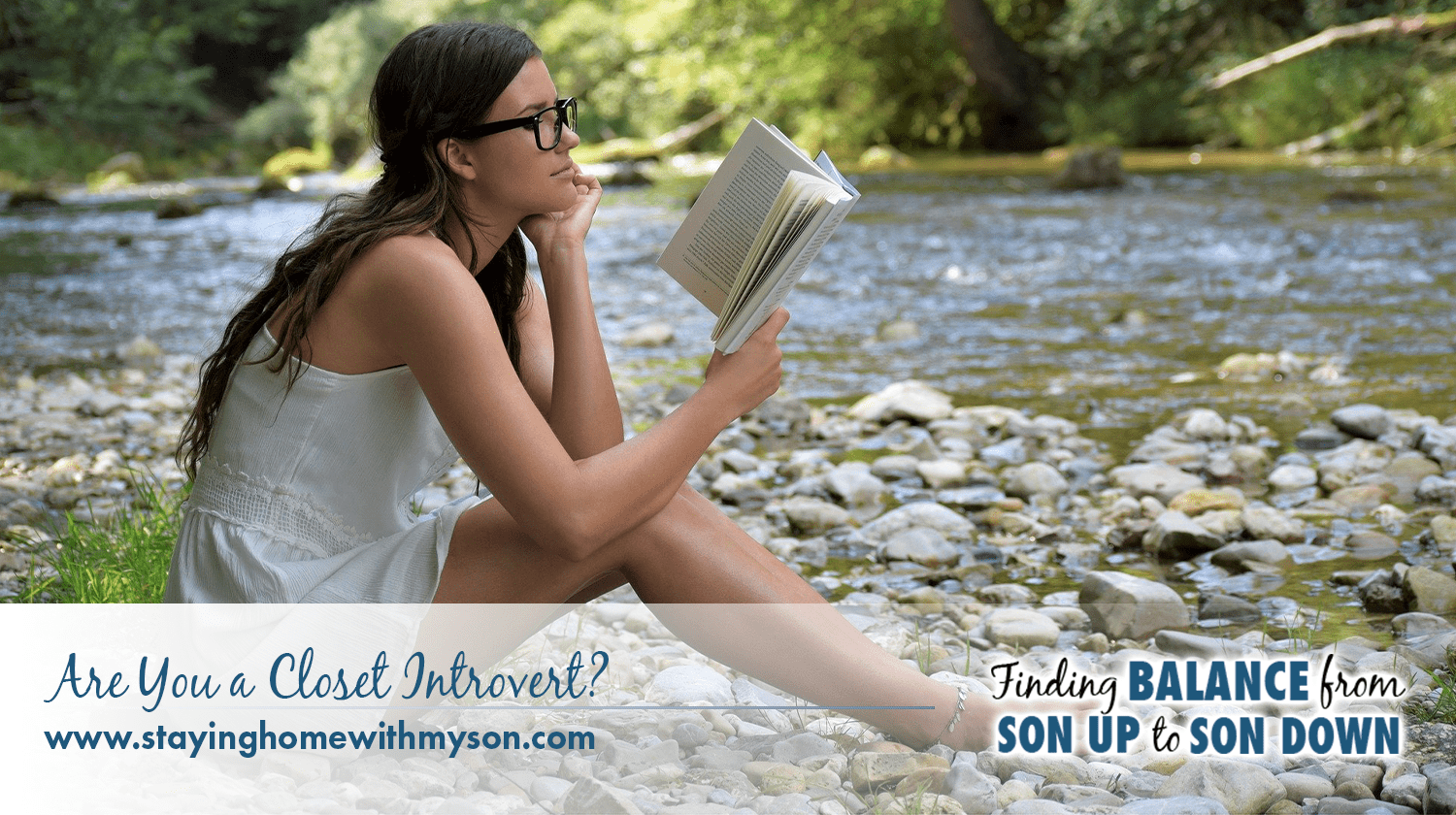 Our world is naturally extrovert-centric, and up until very recently, introverts got a bad rap. Naturally, introverts often feel the need to pretend to be extroverted more than they really are so they aren’t ridiculed for being a party-pooper. But after a while, you may have forgotten who you truly are. Here’s a list of behaviors that prove you are a closet introvert.

Introverts hate small talk, which is a vital part of networking activities. If you feel something akin to a used car salesman no matter what the networking event is, you may be an introvert posing as an extrovert.

It took me YEARS before I’d go to networking events in person. I attended many online, but even then I usually feel out of place especially if there are more than a few people that I don’t know.

You feel out of place, even among a large group of friends

When I’m in a large group of people, even if it’s people I know well, I tend to be a listener.

You get overstimulated rather than bored

Introverts are rarely bored because there’s always something new and exciting to think about. They may have several projects that they are interested in, though they tend to focus on only one at a time. They do, however, get overstimulated when there’s too much going on.

You’ve been told you are intense

Introverts enjoy jumping right into the deep pool of conversation. They feel idle chit-chat is a waste of time and energy and will start a conversation off with a deeply philosophical comment or question. This can freak out an extrovert who just wants to have a good time. If you’ve been told you are too intense, you are likely a closet introvert.

I actually tend to stay quiet BECAUSE I’m worried that people will think I’m too intense.

You shut down when over-stimulated

When there’s too much going on all around an introvert, they head for the hills to hide. When that’s not possible, they simply shut down. This zoning out gives their brains a break – it’s a mental retreat they take if a physical one isn’t possible.

You don’t run to answer your phone

Introverts don’t like to be interrupted when they are thinking or working, which is most of the time. Since they aren’t the gregarious folks that extroverts are, they have to be in the mood to talk to people. And if they don’t feel like it when someone calls them, they will let the call go to voicemail. If you do this, it doesn’t mean you don’t like the person calling, but that you are in a rejuvenating space and need to be alone. You’ll call them later.

I pretty much only answer the phone for my mom, sister, boyfriend, and children. Anybody else is a case-by-case basis depending on my overall emotions at the time. It isn’t personal and I truly hope it doesn’t offend my friends, but sometimes I’m just not in a position to “people” at that moment. I’m a much better conversationalist if I’m ready.

For the longest time, I thought I was shy and/or broken because I couldn’t handle certain situations. Now that I have taken time to learn more about being an introvert, I’ve actually been able to open up more and grow in my personal life and my business.

One of the books that really helped me in my business was “The Introvert Entrepreneur” by Beth L. Buelow. I actually have it as an audiobook and have listened to it several times.