Even before being diagnosed with high blood pressure I had been researching the condition and trying to find out more information as to what I can do naturally to lower it since I had suspected for a while that I had it. Now that I’m officially diagnosed and on medications, I’ve continued researching high blood pressure because I don’t want to have to be on the medications very long. In my research I came across this article about green tea and how it helps lower blood pressure. I had recently started drinking green tea due to its weight loss benefits, but I have kind of been hit and miss with it. Now that I know it helps with blood pressure too, you can bet I’ll be sticking to it a lot better now. 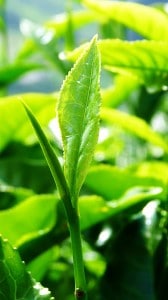 Green Tea is considered a natural cure for high blood pressure because it inhibits ACE (angiotensin converting enzyme) and lowers blood pressure without the nasty side effects.

Many factors can cause arteries to narrow – plaque buildup, smoking, poor diet, lack of exercise, alcoholism, stress, certain diseases such as diabetes, or a “signal” from the body.

This signal is the release of an enzyme called ACE. ACE starts a chain reaction that causes the tiny muscles surrounding the arteries to clamp down, making the arteries smaller and driving up blood pressure.

Preventing this “clamping down” of the muscles and keeping the arteries from narrowing is an important step in preventing this issue.

If you have this problem and you choose to see a conventional doctor, chances are pretty good that the doctor will tell you that you’ll have to take drugs , probably for the rest of your life.

If you’re willing to try some natural remedy such as changes in your diet and lifestyle as well as drinking green tea everyday, though, there’s a good chance that you can bring the numbers into normal range – or at least reduce it somewhat. Losing just a little weight can work wonders, too and green tea also can assist you with weight loss.

So can a modest cutback in salt. One study done have shown dropping about eight pounds and reducing sodium intake by 25 percent allowed half of the participants to lower their blood pressures enough to stop taking medications.

Natural remedy reduces your risk of developing atherosclerosis (hardening of the arteries), which eventually also reduces complications such as this.

Researchers found that the catechins in green tea has significantly lowered blood pressure and triglyceride levels, while raising the “good”. Green tea is clearly an effective aid in the battle against this problem.