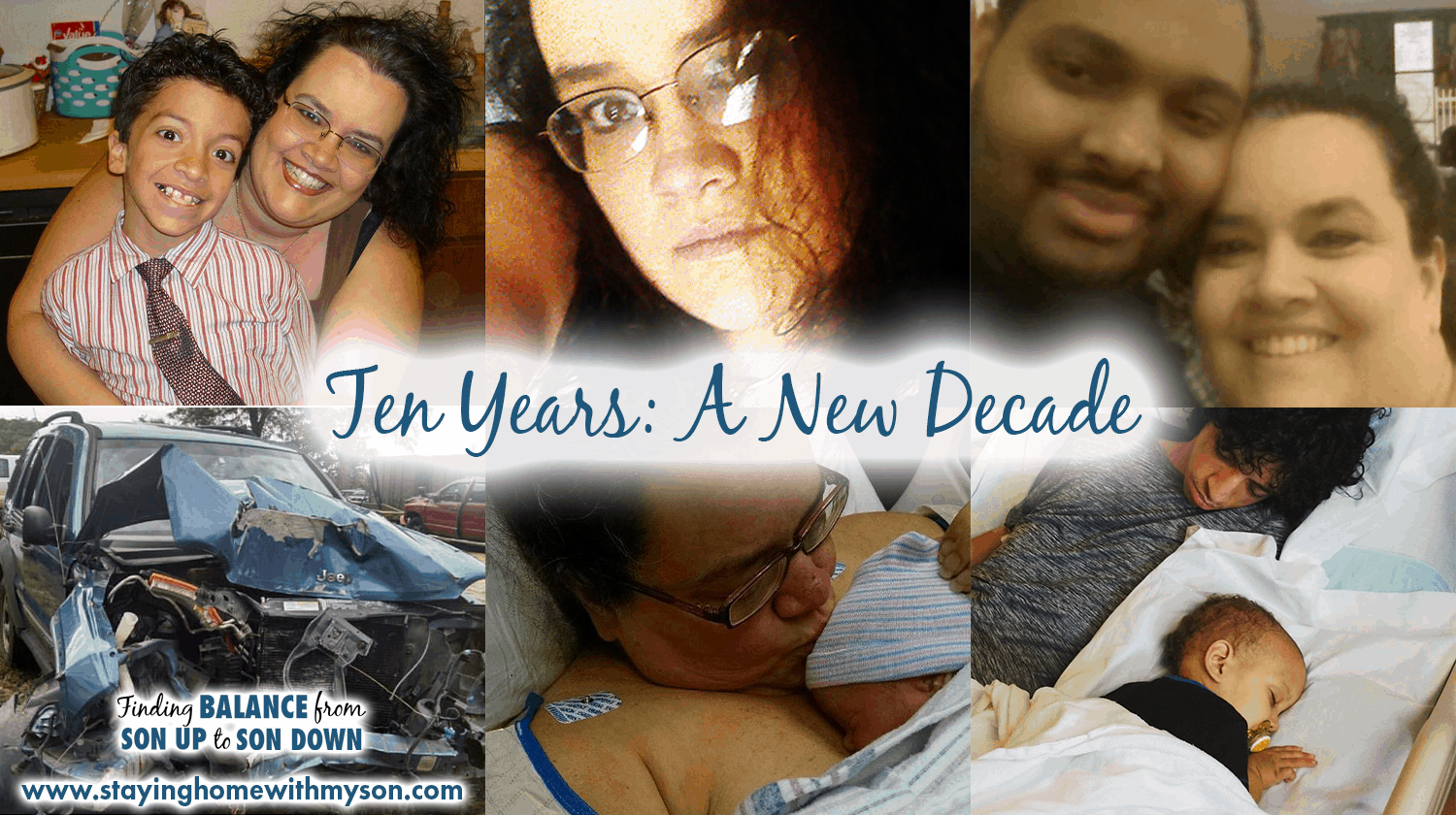 When the 10 years then and now pictures posts started a couple of months ago, I got to thinking about my last ten years and how much has changed.

Ten years ago I was living in Utah with Andrew. Part of my family was in Georgia, and my mom was in California taking care of her dad. Her mom had passed away in October of that year.

Just before Christmas 2010, Andrew and I drove from Utah to California to pick up mom, and then we drove to Georgia for Christmas. We couldn’t afford it, but Mom needed a few things she had left there, and we decided we were going anyway. Two short months later in February 2011, my sister passed away from her health issues.

In August 2011, Andrew and I moved to Georgia to be near my family.

In 2015, I experienced the devastation of a miscarriage.

In 2016, I dealt with a high-risk pregnancy, got in a car accident and broke my ankle at 36 weeks pregnant, and then delivered my rainbow baby three and a half weeks early.

In 2017, Andrew was hospitalized for a week after a month of illness with increasingly worse and worse symptoms to the point he couldn’t walk or lift his arms above his head.

I gave up on the idea of love and more children, but God saw fit to provide me with them anyway. My life is incredibly blessed.

Thankfully, 2018 and 2019 were pretty chill and gave me the time to enjoy my family while we rebuilt and found our new normal.

Ten years ago, I never would have dreamed I would go through all I went through, but here I am on the other side.