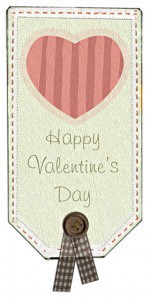 People everywhere look forward to Valentine’s Day each year to sharing this special day with the ones they love. Valentine’s Day is a holiday which many believe to have started in Ancient Rome. February 14 was the date set aside to honor the goddess Juno who was Queen of the Gods and Goddesses. Juno was also the Goddess of Women and Marriage. The Feast of Lupercalia began the next day on February 15.

Boys and girls were kept separate in Ancient Rome. However, each year there was the Feast of Lupercalia. The young girls’ names were written on slips of paper which were then placed in a jar. The young men would choose a slip of paper and be partnered off with that girl for the remainder of the festival. It wasn’t uncommon for the young couple to fall in love and get married.

Claudius II, Emperor of Rome, was called Claudius the Cruel because Rome was engaged in many bloody campaigns. He decreed that couples could not marry because young men didn’t want to join the military for fear of being away from loved ones. Saints Valentine and Marius secretly married couples. Saint Valentine was martyred on February 14, 270 AD.

As time passed, the early Christian Church decided to purge paganism from the Church holidays and rather than celebrate Lupercalia they honored St. Valentine instead. They did not wipe away all elements of the Feast, as young men still chose young maidens at that time of year.

Another potential beginning for the holiday is that Saint Valentine became friends with a jailer’s daughter when he was jailed for defying Emperor Claudius. It is believed the priest sent the jailer’s daughter a note signed “From Your Valentine” and that is considered to be the first Valentine ever given. It wasn’t until 496 A.D. that Pope Gelasius declared February 14 as the day to honor Saint Valentine; thus Valentine’s Day was begun.

Even though the holiday began as a primarily a pagan holiday it was then changed to a day to honor a particular man named Valentine. It wasn’t until the 1800s that the holiday changed into the day we now celebrate. Miss Esther Howland supposedly sent the first Valentine cards and now the number of cards bought for this one day each year numbers in the millions or more.

For another interesting look at Valentine’s Day and it’s beginnings check out this post over on Is That Even Legal.