I mentioned on Monday how I’m going to try to lose some weight and take control of my health. Well, let’s just say that’s not going so well. LOL

I started by trying to give up Coke. A long time ago I was addicted…like 4 or 5 a day had to have it addicted. I cut it out once and only had it occasionally like when we went out to eat or something. Then when I got pregnant I stopped drinking it all together because it started having this nasty aftertaste to it. It has been about 8 years or so since I’d had a Coke. I had tried it now and then since I had Andrew, but it still had that same nasty taste. Well, last summer I finally was able to have a sip and that taste was gone. Then another sip and another and another and well you get the picture. Then when I made the 3-day drive out to Georgia to visit my family, I started drinking it again pretty regular just for the pick me up for the drive. Not long after I got home I realized I was back up to drinking it daily and sometimes a couple of times a day. Then suddenly I’d catch myself having two or more a day here and there. I’d try to buy it in bulk at the grocery store “to save money” from driving to the corner gas station once a day, but that backfired on me because then it was readily available and I was drinking two to three times as much.

A few weeks ago I decided I needed to at least get it back down to once a day and go from there. So I bought the smaller bottles they sell now. And I started drinking one in the morning and one in the evening. I eventually got myself down to one a day and only when I was really stressed would I have a second one. Then yesterday I only had one left. I drank it in the morning and decided that was it. I wasn’t buying anymore. I did it once, I could do it again. Not to mention I know cutting out Coke will help with my weight loss goals. Well, I woke up this morning with a killer of a headache. Like I thought I was going to die if I didn’t put my head through a wall headache. Now headaches and I have a history. And let me tell you this was one of the worst I’d had in a very long time. Out of curiosity, and to make sure I was right, I went up to the store and grabbed one Coke. And sure enough within an hour or so, the headache had dulled. It’s still there. Mocking me. Tempting me. But I will keep reminding myself why I’m doing this.

Other than that it’s not too bad. I’m trying to do some mild walking until my new exercise machine gets here. My ankles are swollen like balloons and my ankles hurt, but I haven’t died yet so I figure I’m doing fine. I forgot to weigh myself on Monday, so I weighed myself today. My goal for the 14 weeks is 30 pounds. I hope that 2 pounds a week are reasonable.

Subscribe today and receive a copy of my eBook "Valentine’s Day Activity Book" that you can print at home and use today. 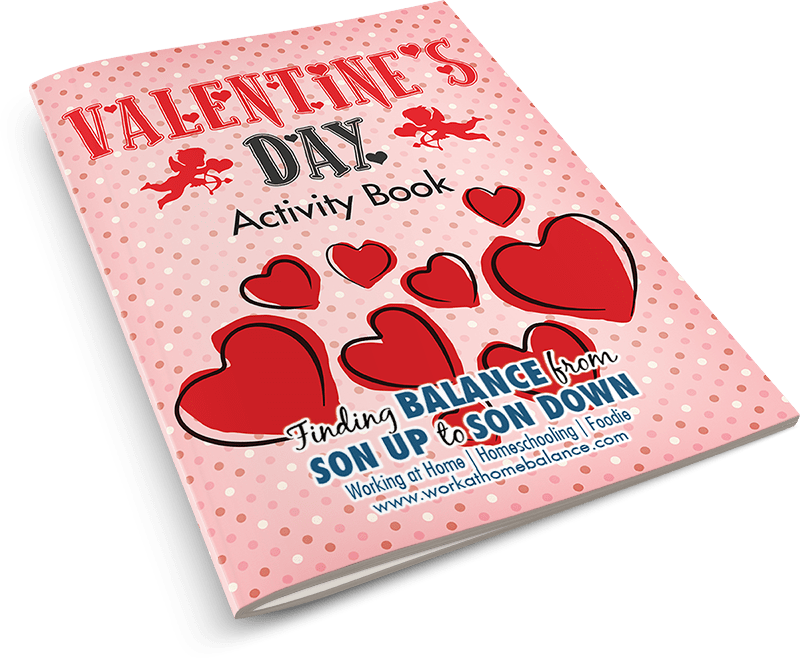