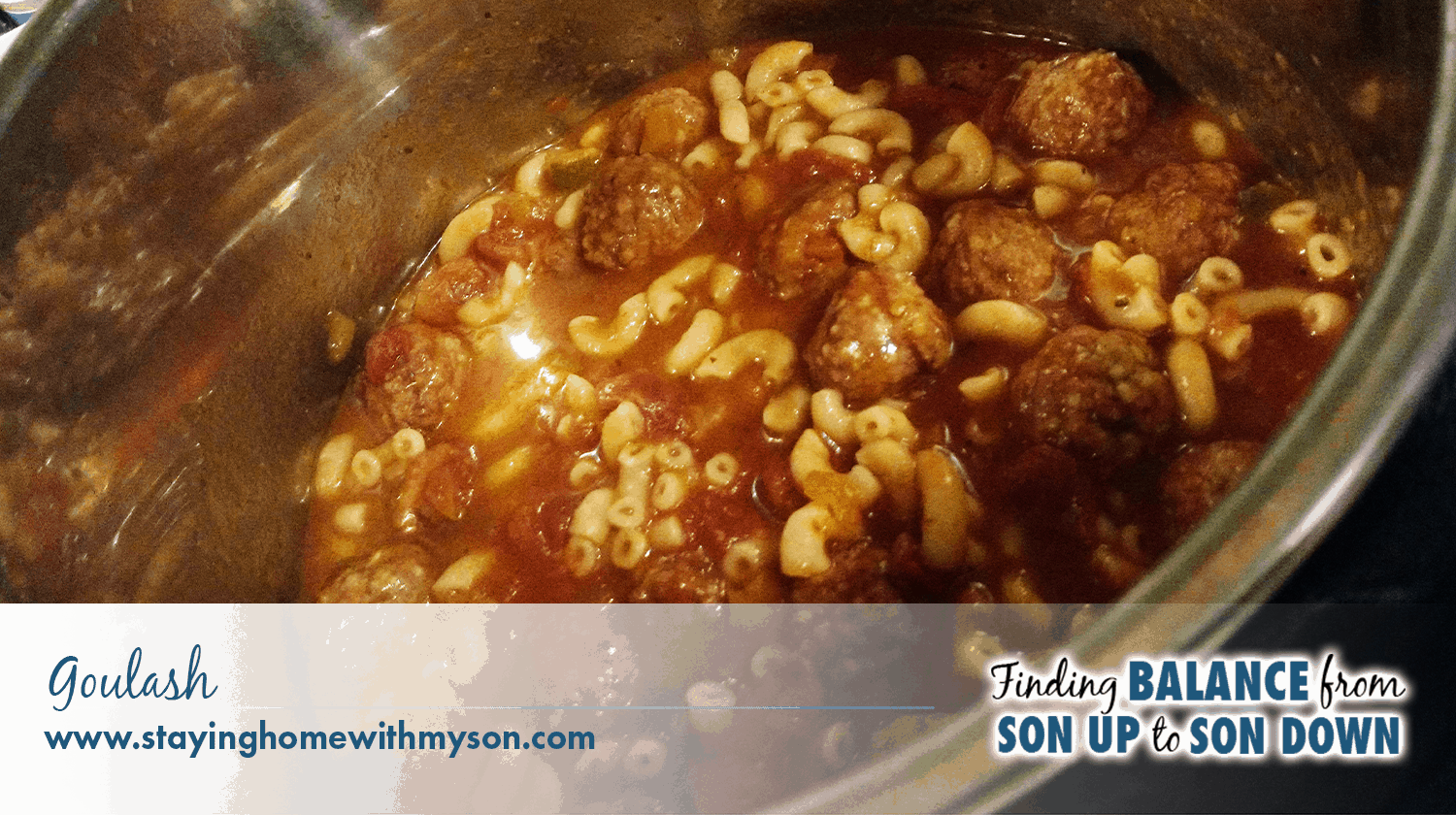 Hungarian goulash is a stew of meat and vegetables usually seasoned with paprika and other spices. Originating from medieval Hungary, goulash is a popular meal predominantly eaten in Central Europe but also in other parts of Europe. Its origin traces back to the 9th century to stews eaten by Hungarian shepherds.

I grew up calling just about anything that was made with elbow macaroni and a tomato sauce goulash. Sometimes I use spaghetti sauce, sometimes diced tomatoes, sometimes tomato soup, and sometimes a combination of any of the three. I usually add onions and bell peppers, sometimes fresh and sometimes a frozen blend that I buy at the grocery store. There’s two that I buy to keep on hand regularly. One is called “Seasoning Blend” and is a fajita pepper and onions mix. I add frozen corn if I have it and often green beans, canned or frozen. And lastly, I add several seasonings depending on my mood and what I have on hand. I rarely measure and just sprinkle liberally spices such as oregano, Italian seasoning, garlic and onion powders, and salt and pepper.

I’ve always done this in a pot on the stove. Making the pasta and sauce separately. Drain the pasta and mix together. Since purchasing my Instant Pot during Amazon’s Black Friday sale, I’ve used it for goulash a fairly decent amount of times. No matter which variation I use, it comes out great.

Note: The picture shows meatballs. I happened to have them on hand from a buy one get one sale our local grocery store had right before the Super Bowl. I don’t normally have those on hand and usually, just use ground beef.